Answering the WHY of your History Curriculum

You are here: Home / NexEdBlogs / Blogs / Answering the WHY of your History Curriculum

With Ofsted’s new focus on curriculum coherence, it is now, more than ever, so important to be able to explain the logic behind your curriculum and the coherence that it has. If you’re reading this and thinking, ‘I don’t know why we teach (x) in Year (x),’ or ‘Because that’s what leadership/the bought-in-scheme-of-work suggested’, then keep reading as we’ll look into the links that you can make so that you can define your curriculum and own it. 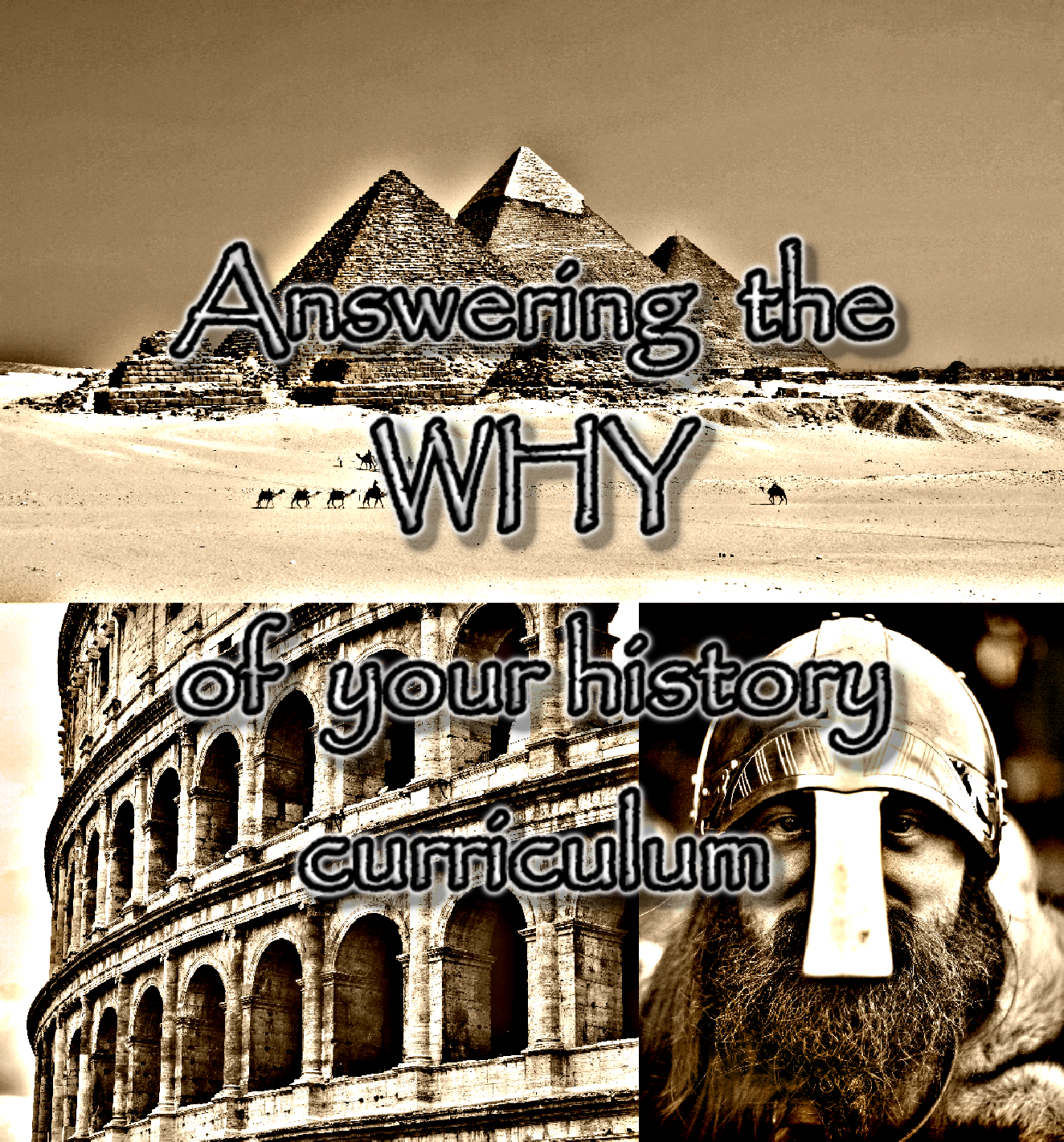 Given that the Early Learning Goals are centred very much around the children themselves, it is a good idea to link any historical learning and enquiry (yes, even in EYFS) to the children’s own history, whether it be linked to school or family. Providing links back to the child themselves allows for a deeper meaning, even if you embark on a topic that is not directly linked to them. You can compare the materials, fashions, buildings and roles in society with those that the children already know and begin to have them understand that we WANT to find out more about history and how our world today links with the past.

Whilst the National Curriculum guidelines suggest fascinating topics such as the Great Fire of London and individuals such as Florence Nightingale, we need to take a step back and think carefully about whether our significant individuals and events actually have any meaning to the children that we teach. Whilst it is without a doubt an enthralling topic, the Great Fire of London will have little meaning to my Year 1 class in the North East. They most likely won’t recognise the places or individuals and a lot of them will have never experienced what London looks like even today. Similarly, whilst lots of individuals have had national and international impacts, choosing someone who has had a substantial local impact will help the children to understand WHY they are learning about that person or event and begin to see how significant history can take place on their doorstep.

Also, trying to foster local links to national and international events will embed the idea that history can spread from one area to another and give your topic/theme much more coherence. For example, my Year 1 teachers wanted to study the Titanic. Whilst it is a fantastic topic and an event that should be commemorated, I was hesitant at first and asked them to wait until I had tried to find some local links. After an hour or two of trawling, I managed to find that one of the Titanic’s sister ships was actually built in our local port and that our area had been renowned for great ship building at that time. The ship in question then travelled along a similar path to the Titanic and hit ice in the same place that the Titanic sank. For me, this was a strong enough link to justify the topic as a whole, as it incorporated our local area and the first few lessons would be centred around that, before moving onto the wider contexts.

As suggested above, I have tried to structure my own school’s KS1 curriculum around the idea of starting inwards and then moving outwards, as such:

Year 1 study George Stephenson as he is very local to us and the children will have seen the benefits of his achievements in our area though trains, railways and local buildings. This also helps establish the idea of local identity. They then look at ship-building in our area and the links to the Titanic which helps them to see how local history can spread. Finally, they see how local seaside holiday destinations grew due to trains (linked back to Stephenson) and the spread of local history to the surrounding area (about 15-20mins away.)

In Year 2, they conduct a mini-topic on Remembrance, understanding the local impacts and then understanding that this is a national event that has national impacts. Later in the year, they then study Captain James Cook (about 10-15mins away) who had local, national and international impacts, allowing the children to see just how widespread local history can be. This helps to establish national identity in the growth of Britain as an empire and why it became so significant.

The structure of your KS2 curriculum is very much dependent on how you choose to organise it. Whilst topics or themes do not have to be taught in chronological order for children to understand chronology and concurrence, my personal feeling is to attempt it in as much chronological undertaking as possible. Not only will this give you a very quick reasoning for WHY you have chosen the topics in that particular order, but it will also allow the children to see the continuities and changes as they actually happened, certainly within British history. I don’t normally start to read a book on page 35, so why would we start our KS2 history curriculum in the year AD800?

Making links to the various topics within KS2 will help bring everything into line and give you plenty of reassurance that you have thought about your curriculum. Here is the reasoning that I have given for my own school’s KS2 curriculum:

Y3 Stone Age to Iron Age – as this is the start of human history, it makes sense for LKS2 to start here. It provides the chronological foundations for successive topics and the fascinating lifestyles, unique animals and reproducible mark-marking of cave paintings means that it is an accessible topic for Year 3.

Y3 Local Study – Ironstone Mining – as our area grew nearly entirely due to ironstone mining, there is a real reason to understand its importance and pushes the local aspect of KS1 to the wider area of the Tees Valley. We can also compare the mining techniques of today with those of the Stone, Bronze and Iron Ages. Following on from the significance of Captain James Cook, individuals like Dorman Long have also had immense local, national and international impacts, continuing the idea that certain individuals have been supremely influential in the development of our own area. A comparison can then be made as to who the children felt had more of a local, national or international impact.

Y4 Roman Britain – following on chronologically from the Iron Age, the children can see the development of Britain under the Romans and the continuities and changes that occurred. This will then also provide a huge number for comparisons for successive topics.

Y4 The Earliest Civilisations and Ancient Egypt – having already learnt about the Stone to Iron Ages previously, this topic provides an excellent comparison between some concurrent civilisations around the world and the advancements and achievements that were made. Placing them together on timelines and comparing and contrasting them helps embed the ideas of early achievements and gives the children a chance to start forming explicit judgements and develop their critical thinking. They can also make comparisons to Rome and consider the relationships between them in terms of trading, geography and achievement.

Y5 Ancient Greeks – whilst they existed before the Romans, the Greeks and Romans did enjoy a relationship with each other where certain ideas were shared and influences from both can be found in their respective countries. Contrasting the Greeks with the Romans (and Egyptians) highlights lots of similarities around religion, geography and influence on the Western world too.  Links back to the Stone, Bronze and Iron Ages through a brief overview of the Minoans and Myceneans helps consolidate learning from Y3.

Y5 Anglo-Saxons and Vikings – continuing with the British timeline, these two topics show how Britain’s history developed after the Romans and provides interesting contrasts with Roman achievements and national impact. Links can also be made to trade networks through the Romans and Greeks, whilst contrasts can be made between the idea of the Roman Empire and Viking raiding and settling.

Y6 Post 1066 theme – How Victorian achievements impacted our world – whilst there is a jump in chronology here, the central theme of achievement is continued with a focus on inventors and inventions and how they helped to shape Britain today. Pushing the local element further, links to Beamish (around 45mins away) help expand the children’s knowledge beyond the Tees Valley area that had been looked at in Y3.

Y6 – Ancient Maya – having already learned about the Anglo-Saxons and Vikings, the Ancient Maya provide a startling contrast with either of those two groups in terms of beliefs, architecture and society. As this is a comparative topic (as outlined in the NC) then building on that prior knowledge is key to the children understanding how different societies around the world lived at similar periods, potentially never having known that the other even existed.

Whilst you may have a very different curriculum structure than the one that I have outlined above, I have given serious thought to the layout of my school’s curriculum and would be able to justify each and every decision to an Ofsted inspector about the placement of each topic. There are arguments for changing some of the orders of certain topics, but then new arguments would surely arise about alternate orders and placements.

It is not easy to justify your curriculum decisions, but having a solid grounding with your layout and themes that thread coherently throughout EYFS to Y6 will help answer those tougher questions that Ofsted are now starting to ask. So let me finish by asking you: WHY do you teacher WHAT you teach and WHY do you teach it THERE? 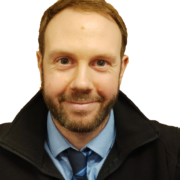 Glenn Carter is a history leader at Ingleby Mill Primary School in Stockton-on-Tees in the North East of England and a history specialist who delivers his own CPD through his page History Rocks - Creative Primary History. He is also a member of the Historical Association’s Primary Committee and has worked with several well-known educational companies to bring history to the forefront of the curriculum. Glenn has been commended with the Teacher of Excellence award and regularly promotes creativity and technology within history. He often posts resources, provides support and has become a respected member in a number of social media teaching groups. 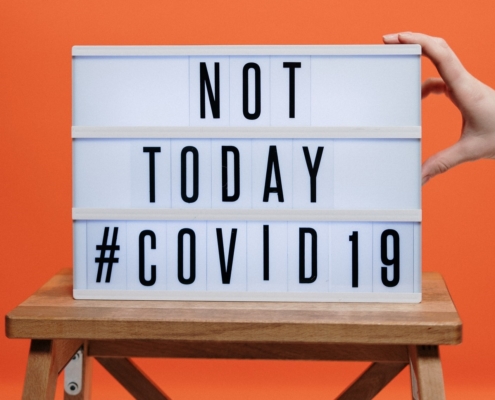 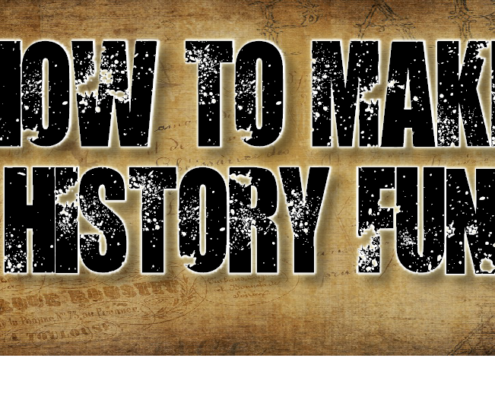 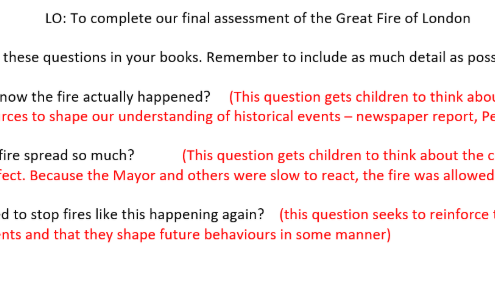 A Letter to my NQT Self