Anti-racism in a predominantly White-British school

You are here: Home / NexEdBlogs / Blogs / Anti-racism in a predominantly White-British school

The lessons learned so far…

Louise Cooper is a Deputy Headteacher in a school where 84% of their pupils are White-British. Many have argued why is she addressing anti-racism, but Louise argues this is where it needs to be done.
Here she shares what she’s learned and how proud she is of her pupils. 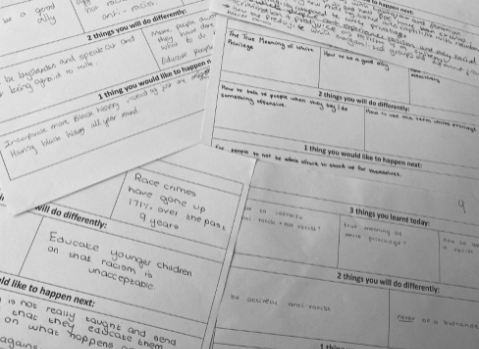 Some would argue a school that has 84% White British pupils has no place in trying to take a lead on anti-racism. The faceless trolls of Twitter would agree. Our work on Black History Month and a post proudly showing our new anti-racism badges, whilst generally well-received, had numerous unpleasant comments left beneath them. The comments included what “business” did a “white school” have leading on anti-racism? How can “they” possibly know about racism being white and the usual “white privilege” jibes (which seems to be increasingly becoming a casual term of abuse). There were also the usual racists, trolling anything with the Black History Month hashtag- but I won’t give them airtime here. Unfortunately, some people (even those who claim to be anti-racist), seek to perpetuate divisions. First lesson learned, you can’t please everyone.

Trolling aside, the drive and determination we have as a school to fight racism has not been dampened. We began this work pre-George Floyd, but that terrible event brought renewed commitment when we reopened. Out of 1400 students on roll, 480 have volunteered to be Anti-Racism Ambassadors.  I can assure the cynics it is not just the BAME kids. There is a true mix amongst our ambassadors, the gender split is pretty much equal, PP, non-PP, SEND vs non-SEND, it is a wonderful thing.

It would be remiss if me not to acknowledge that we are a predominantly White British school and that, of course, must be considered in our anti-racism agenda. But now, after delivering 13 one-hour sessions to all of our ambassadors, here are the lessons I have learned so far…

1) The white elephant in the room

Many of our young people are aware of the term “white privilege” and see it as something bad but are not sure how to feel.  This clip is very age-appropriate and powerful:

I followed it up with- “Should the white people in this room feel guilty then?” The answer offered in every session was no because people cannot choose the colour of their skin.

I then spoke of my own “white-passing privilege” (I am mixed race- Black African-White British) and how I, being more white-passing have had it much “easier” than my father and my darker-skinned brother, BUT how I use my privilege as a senior leader in education.

White privilege does not mean white people have it “easy”. I know only too well the resentment this falsehood breeds amongst deprived White- British families (who don’t feel very privileged at all). Usually manifesting itself in resentment to minority ethnic neighbours in the same position (I grew up in Oldham during the 2001 race riots) and thus the cancer of racism spreads.

That white privilege is real and fact, as Peggy McIntosh describes, “an invisible package of unearned assets” but we should use that privilege to amplify the voices of others, speak out and educate against hate.

A focus on allyship has really helped unite our Anti-Racism Ambassadors, I have told every single one of them, the simple act of wearing their ambassador badge is an act of allyship that is helping to make students feel safer in school. However, I made it very clear what allyship does not look like. It is not recirculating social media videos from three years ago with someone lip-synching to a song with a racial slur. It is not creating a vigilante “cancel culture” of students who they deem to be racist.  The key to true allyship is to listen, to understand, to educate. Allyship is a verb, an ally is someone who listens to understand, someone who constantly tries to educate themselves, someone who amplifies voices that need to be heard. Someone who gives space to educate others, room to grow. Allyship is not easy.

3) Transparency is important to young people

I explained to our Anti-Racism Ambassadors that we track and record any incidents of hate by protected characteristics, to build-up pictures of evidence to identify where education needs to happen and who needs to be targeted. The students now all understand that sometimes work is going on “behind the scenes” they might not be aware of. In turn, I learned that students need to be aware of it, as their perception can be, that staff and senior leaders don’t do enough to tackle racism. As a result, I shared with the entire school how we record hate incidents, how we get parents in, how we do restorative justice and how powerful that can be. I also shared some redacted examples of racist incidents that have happened in school and in the local community (causing some genuine shock and upset) and asked them what the school should have done.

One element of the anti-racism training that has been well received is the toolkit to help students have conversations around race. Again, linking to active allyship.  Sympathy for a victim of racism is well-meaning, but does it show true allyship? Is it more powerful to say- “I’m so sorry that happened to you, that is totally unacceptable”? How do you have difficult conversations around race? How do you call-out racism without a descent into conflict? Rather amusingly, one student fed back to their form tutor that they hoped that they would soon come across a racist situation, so they could put their training into practice! I must acknowledge Show Racism the Red Card- Hate Crime training for helping me deliver this aspect:(https://www.theredcard.org/anti-racism-teacher-training) Also, the wonderful John Amechi for this: https://www.facebook.com/bbcbitesize/videos/not-racist-v-anti-racist-whats-the-difference/302521780867051/

5)– Young people are doing their homework.

The thing that struck me is all 13 sessions, is how knowledgeable young people are about race and racism today. This was confirmed during group discussion chats, but also in the feedback forms. These are not “woke kids” after UCAS filler, they know their stuff and ignore them at your peril.  Time and time again, the word intersectionality appeared on the feedback forms (especially race and sexual orientation) and also identity- particularly around hair (I learned so much from talking about hair). So much so, the school will adopt the Halo Hair code in September 2021. https://halocollective.co.uk/halo-school/  (How dare a “white school” have the audacity to…oh dear the trolls are stirring again..) We are also going to have a Black Identity focus group next half term.

It is clear to me that our young people are reading, learning thinking deeply, and this really does give hope for the future. 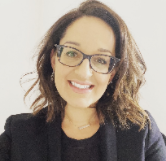 Louise Jaunbocus-Cooper (@Louise_MixEd) is a mixed-race Deputy Headteacher in Trafford, Gtr. Manchester.
She is Co-founder of MixEd – a platform to explore mixed-race identity (@_MixEd) 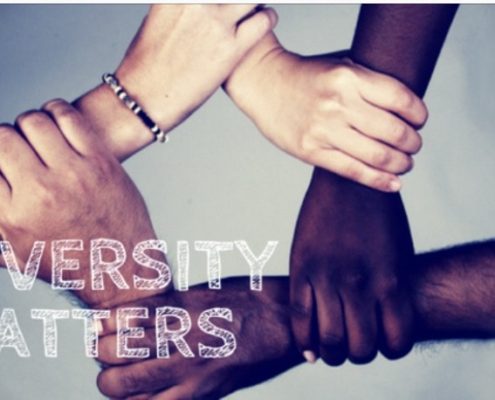 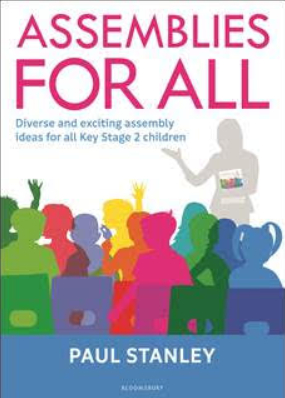 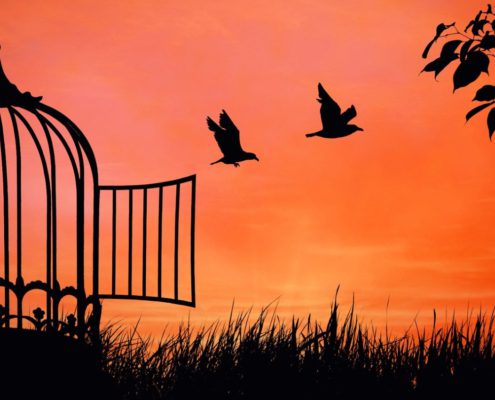 Small is Beautiful
Scroll to top