Why Do I Still Teach?

You are here: Home / NexEdblogs / NexEdBlogs / Why Do I Still Teach?

‘Miss History’ was dreading her alarm until she put her name down to help on a ski trip and was reminded why she teaches. She argues that much more effort should be put towards teacher retention.

I’m asked this question a lot. Teaching, as we all know is experiencing a difficult time; teacher retention is down as well as recruitment, which is down 40% in some places. Usually we’re asking, why go into teaching? But what I want to put to you today is, are we asking the right question? I’m hoping that I can start to provide an answer for that in this blog. It’s going to be an honest reflection of what has been an incredibly tough time for me. Some which is, admittedly my own doing but I will not bore you with the details. As a friend said to me, ‘those who haven’t sinned, are the first to throw stones.’ I have thrown many and had many thrown at me. I am the first to admit that. I lost sight of why I still do this job. So here it goes.

To give a bit of context to the story I am going to tell here. This year, I have struggled with my mental health. I have had moments, thrown things, felt such anger and anxiety that I did not believe were possible. I have lain awake dreading the alarm going off. As a teacher, I believed that I should not be feeling these things. We talk about students mental health but never our own. @MrPranPatel has done some amazing work on gaining more recognition in terms of the growing crisis in teaching and this is something that I’m going to touch on in another blog. I thought that my job was the reason that I was struggling and honestly it is but only part of the reason. Female teachers, as @ViviennePorritt recently said in an article to promote @WomenEd’s new book, ‘10% Braver: Inspiring to Lead Education’, ‘Can suffer from impostor syndrome’ in recent times I definitely have. A lot of the article which can be found here, is in reference to leadership and women in teaching but also struck a nerve with me too. I am sure we have questioned why we stick with teaching. I questioned why I do. This blog is my response to this feeling of inadequacy, as well as a way of tackling the demons that have let in. This is another part of my being 10% braver. If you haven’t heard of #WomenEd I encourage you to check them out, whether you are a man or a woman. None of this though, is a promotion for teaching is it? There may even be a few human shaped holes in the doors…so lets refocus.

I mentor beginning teachers, it is one of the best parts of the job for me. I get to nurture those new to the profession and I get to see, what I like to call their, ‘Teacher Moment’. The moment where they realise why they want to continue to teach. Not just teach for the time being. It could be the light-bulb moment for a child, a lesson that has engaged on a different level or even getting through that three part lesson. Wouldn’t it better in these promotional videos to interview those who have stuck with it and ask, why do you still teach? A University recently ran a campaign where it spoke about the, ‘late nights of marking’ being all worth it. In my opinion, not the best approach, our profession is constantly going back and forth about AfL and marking. I am guilty myself of adding to this negativity. I would be intrigued if you asked people what they thought teachers did, what the response would be. I would like to think marking is quite high up in terms of responses. Maybe Pointless are missing a trick there. The DfE in the guise of throwing money at the problem went with the tagline that’s why I teach. Closer but knowing one of the teachers in the promotion, he is only a couple of years in. Again, why not get those who have come through crisis after crisis and ask, why are you still here? I’m sure the calibre of those applying will improve, as well as retention. Their recent advert, was slightly better https://www.youtube.com/watch?v=_VJVqSpp_-s  Money, is not the answer but a different, more human approach.

So, if I was to be asked this question now. What I would say? Those that follow me on Twitter will have noticed that I was away of a school trip to Italy, we took over 50 students skiing. I do not ski, three slipped discs and two dodgy knees have made me considerably more sensible in terms of sport than I used to be. I had the pleasure of watching as the students cried, fell over, moaned and experienced success. I basically spent the entirety of the trip sat at the bottom of a slope. Our group was split into two so there was a constant rotation of students. I rushed up to the lodge for twenty minutes of lunch and straight back down.  9 hours a day, I worked out that from the Sunday to the Thursday I’d had just over an hour to myself. I also worked out that May half term, will be the first holiday where I will not be committed to a school trip. Why do I still do it? No, it’s not the free trip! Although as you can see, the view was nothing to complain about.

One student is responsible for this blog. When I heard they were going I was concerned, they have wider issues that are still being identified which I will not go into here. All you need to know is their confidence and resilience is incredibly low. Day one, they couldn’t even carry the skis, tears, couldn’t get lunch or dinner by themselves because of their issues with food and nerves, we ordered our pasta together. They lasted 45 minutes of the 2 hour session. I basically held their hand as they went up the small slope sideways. Session 2, they did an hour of each session. Myself and the instructors holding their hand.  Insisting that they couldn’t do it, me reassuring them every step of the way. That’s standard though. But, everyday was a bit longer. Day 2 we made it to an hour, then an hour and a half, me pointing at the slope when they tried to edge their way over to me, teaching them how to get their own skis off, was admittedly a mistake. Day 3, not so good, we had a setback, a bigger slope led to a shutdown. But after a walk up to the slope and a conversation about how I would stand there and they could see me at all time, by the afternoon they were up and trying again. They ordered their dinner and by the end of Day 4, we were getting dance moves as they made their way down. I can say I am carrying on the grand tradition of the ‘Big Fish Little Fish Cardboard Box’. Seeing this achievement as they came down the slope was amazing. They lasted 2 hours in the afternoon. Again, I was thinking, it’s just part of the job.

But we came to the last day. A new slope I went down there with the first group and realised that this may be an issue, I was prepared to be there to support them. But I had sat there all week, a very dear friend of mine who was on the trip insisted I had a break. He took me up the ski lift to experience some of the most amazing views. We laughed and joked about students but also talked about our highlights. He asked me what my highlight was, I automatically talked about surviving the drive, not losing it at children, being sick of counting to the number 52 and managing to operate on limited sleep. We then talked about this student seeing what they had done up to that point was incredible. I took a picture at the top, I’m tired but this smile is not forced. It’s a smile of someone who loves their job, despite all of the moaning that they do.

On the way back down I remembered that the student would be needing me and the other member of staff that was with me. They were becoming quite dependent on us. They looked for me at the bottom of every run, waved and smiled when they did it and added to the dance moves. Making sure we both saw. We went and stood at the bottom of the slope, looking for them. They were nowhere to be seen, I couldn’t see them anywhere, cue panic. Then I looked up, they’d made it to the top on their own. Pushed off by themselves, all alone,  glided down, all by themselves, gave us a routine, eventually. Did they need us there? No. Did I find myself getting emotional? Yes. Did the other teacher turn to me and say, ‘This is a proper teacher moment isn’t it?’ Yes he did. Why do I still teach? For the moment, that actually, they don’t need me anymore. The moment that I have helped a child achieve and become independent in their learning as well as in other parts of their lives. The moment that they did that, I was called away to deal with another incident. Next child, next part of the job. I still do this job, because there will always be children that need someone passionate about education and the future.

I am aware that this sounds like something out of film. But it is the truth. Telling the child’s grandmother how proud of them I was and trying to put into words what they had done was amazing. In some ways I wanted to thank them. They answered my own question, I still do this because despite everything we go through there are children who will always remind you why you wanted to do this in the first place. To be the person they need there and then. I hope that the powers that be read this and realise what people think about our profession. I hope that the powers that be will think about how they get people into teaching, I hope that it gets people thinking and sharing, why do they still teach, if it does, use the hashtag #whyistillteach. I hope that this gets to someone who has asked this question to think and find theirs. 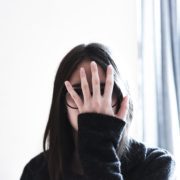 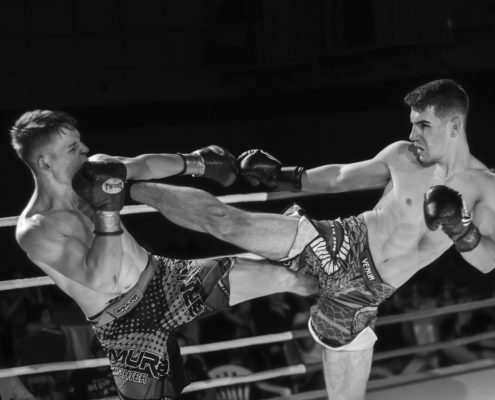 5 Top Tips for NQTs and RQTs
Scroll to top