Learning in a Digital Landscape

You are here: Home / NexEdBlogs / Blogs / Learning in a Digital Landscape

Laurence is an educational IT consultant and trainer, champion of outstanding IT and Microsoft Certified Educator.

I went home a few summers ago, to write a rationale for why we should use ICT in our new school. I was prepared to write about how it will enhance learning, develop meta-cognition and allow for personalised learning and all those other educational benefits that I have come to believe are possible to achieve. However, the sad news of the death of Hannah Smith, allegedly hounded to suicide by internet trolls, unexpectedly altered my perspective, and provided an imperative that I had not really considered fully until now. Although investigations into the circumstances surrounding Hannah’s death have since revealed an even more troubled relationship with social media than first thought, Hannah’s story still illustrates the vulnerability of some children when using social media.

My instincts told me that we should consider restricting the use of social media to protect such children. However, somewhat controversially and a complete surprise to me, the following dialogue brought me to the conclusion thatschools should have a role in providing, introducing and managing these tools; and in supervising their use.

It is common for us to describe the internet based activities of our children in territorial terms. We refer to them living in the world of social networking and the internet, and even describe them as natives (in contrast to us older participants being immigrants). We talk about the digital landscape, lobbies and rooms. We accept that the digital world is an inhabitable place, and we know that young people are more at home there than we, as immigrants, might ever be. This “world” has become part of their psyche, their spirit, and we readily acknowledge that the young people of today will grow-up with values, emotions and cognition that will have been influenced by this engagement with technology. We all know that the future will change because of this and that it is likely that our children will grow-up and model a world where this technology will be used in ways we find difficult to picture and adopt lifestyles that are equally difficult for us to imagine.

For us, this is an exciting challenge. How does education prepare pupils for this? How can we be sure that what we do now in the classroom will both be beneficial to the individual and the shape of society as a whole? However, this question took on a different significance when I was thinking about what led to Hannah Smith taking her own life. A word popped into my head that I had never used to describe the behaviour of young people before, but the more I think of it the more appropriate it seems to be. The word I thought of was “feral”. 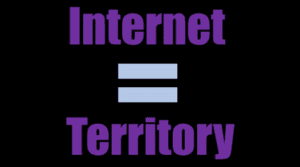 Is it not true that young people inhabit this “territory” in a feral way? We sort of assume that they carry over into the digital world the values and etiquette we try to instil in the physical world, but then it occurred to me that in the virtual world the vast majority do not encounter adults and for most of their time “on the other side” the young are beyond the influence of adults. I do not know what the average number of interactions a typical teenager might have in a day, but I’d wager that the number of interactions with adults, if they happen at all, are less than minimal. There is never an instance of someone replying to them “pulling them up” for manners or use of language. I suspect that the ownership of their virtual world felt by the average youngster is so innate that most adults, when encountered, are considered as infidels. A message from an adult is not given priority, if acknowledged at all and messages from adults outside of the immediate family are probably very rare.

So, in this unregulated environment we should only expect young people to do what young people do, and we know that some pupils like to bully, demean, harass and gang together. We witness these things every day in school and have opportunities to challenge, coach and apply sanctions. In the virtual world these things generally are unseen and go unchecked.

I am not aware that very much thought has been given to the options available to a young person who is at the receiving end of such heartless behaviour. A pupil bullied at school has the respite of being at home. In the virtual world the bully follows them home. If the victim reports the behaviour to an adult the most likely consequence is that they will have their phone or pc or tablet taken away from them which simultaneously denies them contact with their friends, removes the opportunity for them to defend themselves and denies them the means to know what else is being said “in public” about them. In losing their phone the victim is effectively ostracised by their social group. They are always going to be reluctant to seek help from an adult. 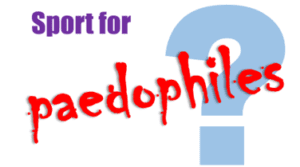 I began to picture that this world, for some, was probably very similar to the feral world described in Lord of the Flies, and in that perspective, we can imagine the torment that a vulnerable young person like Hannah Smith might have suffered, and the likelihood that her persecutors, in Lord of the Flies fashion grouped together, in a persistent assault. We can also imagine how a paedophile might take advantage of the emotional vulnerabilities brought about by online peer aggression. We assume that grooming by paedophiles is through a direct dialogue with a child. I have read little about paedophiles manipulating friendship groups to create vulnerable states in children, but the challenge and “sport” offered surely must be irresistible to some.

A while ago Habbo Hotel (a social networking site for the young) was temporarily closed after some reported paedophile activity on the site. I listened to a radio interview with some young teenagers who were angry that they had been denied access. (incidentally, I was informed by the Hi-Tec Crime Squad some years ago that Habbo Hotel attracted 250,000 UK youngsters every night and was the world’s most popular haunt for paedophiles. This was some years ago though and Habbo Hotel has since significantly improved it’s monitoring and protection regime). The interviewer pointed out that paedophiles had been using the site. The teenagers replied, “We know, half the fun is spotting them!”

These children are playing on the railway tracks, and are in danger of being pushed under a train by a peer or accidentally stumbling in front of it. They are “playing chicken” in front of the trains, hurling stones at the trains, and gathering on the tracks to talk and lark around. We know this because these are the kinds of things that teenagers

What is amazing is the character shown by some pupils given this lack of constraint. I’ve written before about the year 8 girls (that I had assessed at level 4), staying behind after school to show me how they had taught themselves html coding so they could pimp their Bebo sites (then level 6 or 7?). All of us that teach computing know that there is always a pupil in every class who has taught themselves coding like, python or PHP, or is running a Mine Craft Server, or publishing Call of Duty videos on YouTube. Many of us recognise how powerful this engagement is, and we imagine a world whose occupants are expanding their understanding using the internet, productively socialising, or exercising problem-solving skills and creativity. It’s an appealing dream that drives many of us to explore the potential of ICT in the classroom. But this need to develop independent and creative use of ICT has perhaps overshadowed a more basic need to regulate student habits when online. This is not something that we can do remotely. It is no good telling students to act in a certain way then not monitoring their behaviour. Nor is it any use restricting student use of digital media and devices. The genie is out of the bottle in that respect, and all we would achieve is to alienate the activity. 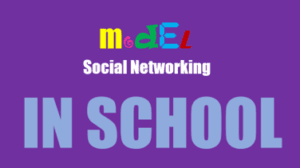 I believe that we need to model the kind of behaviour we would like to see in pupils. Pupils need to see teachers communicating with each other and with the students. They need to see teachers being creative, helpful, polite and organised using personal devices and the internet. We need to spend more time looking at how we can model a social networking environment, and develop school systems so they make full use of online facilities and for these to be the norm for students and pupils. Whatever we may think about the relationship our pupils have with social networking it is clearly not going to go away. The current engagement of our youth will, whatever we do now, have a profound effect on the future shape of society. At the moment children manage their engagement alone so we really need to be occupying the territory with them. There should be no reason, when a pupil views his or her posts, messages and notifications, for us not to be there. The technology is available and if we were first to offer pupils a social networking environment that is as appealing as the regular alternatives then we could do much guide and protect them. After all, in most cases, when a school pupil wants to message someone, 99% of the time it is to someone in the next classroom anyway!

The next time a young person like Hannah Smith gets herself in to trouble it needs to be in “public” and the school needs to be there to support in exactly the same way we are expected to in the non-virtual world.

Why we are teachers

The problem with STEM… or is it STEAM? – Getting to the root of subject...
Scroll to top