School – the first frontier, these are the voyages of Starship PHSE.

You are here: Home / NexEdBlogs / Blogs / School – the first frontier, these are the voyages of Starship P...

Strange combination I know but PHSE/SMSC and Star Trek fit. I know someone who has an interest in both but would never admit to one of them but it’s not the first one. You see Star Trek covered a whole range of issues. Issues depicted in the various series include war and peace, the value of personal loyalty, authoritarianism, imperialism, class warfare, economics, racism, religion, human rights, sexism, feminism, disability and the role of technology. Gene Roddenberry, it’s creator stated: ” By creating a new world with new rules, I could make statements about sex, religion, Vietnam, politics, and intercontinental missiles. Indeed, we did make them on Star Trek: we were sending messages and fortunately they all got by the network.”

The problem in too many schools is we’re not boldly going anywhere. The amount of time dedicated to non-certificated education is shocking and even when it is RS/RE is often seen as a subject that is not that popular or valued. I don’t believe  that at all; understanding other views and seeing things from other point of view is an essential part of life. To recognise that people may not think the same as you or share an opinion, but they still deserved respect is something we’re not talking about enough.  I see so many students lacking empathy as they mirror the behaviours of some pretty dodgy role models in popular culture these days. In my eyes, school isn’t just about progress 8 and meeting targets. Yes, they are vital and are essential parts of school but sometimes it’s the things you can’t measure but only observe or experience which make this job worth doing at times. Schools are about giving children the best chance of success in life. Are we doing that well if we don’t teach them what it means to be good human beings? We seem to be living in a time where things like sexism and racism are trying to have some kind of renaissance and yet it’s coming at a time where schools are dedicating less and less time to addressing and discussing these issues. Yes, we can say it’s wrong, that’s easy, but do we teach them why it’s wrong and the negative impact it has on everyone’s lives?  I don’t want to make this political but with Donald Trump and all the drama that surrounds him our young people are getting mixed messages about what is acceptable behaviour and what isn’t. 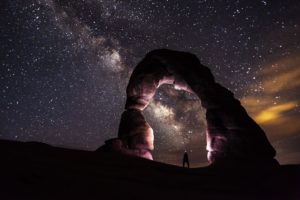 I live in the South West and the levels of ethnic diversity in comparison to other parts of the country is tiny. Having said that, it is growing and more races, nationalities and other groups are living in this amazing part of the country. Young people are exposed to these different cultures and don’t know enough about them and the differences that may exist. People often fear the unknown, especially children, as they like familiarity. So shouldn’t we be teaching them about acceptance and understanding? Social media can be so divisive at times and students believe everything they see on Facebook etc. and we have a moral obligation to educate our young people in what is right and wrong. The thing Star Trek did is it embraced diversity. You think about any of the crews over the various series and formats: Star Fleet was comprised of various different Alien races who cohabit, work together and share common values. Doesn’t that sound like what we want in our country? It acknowledged differences in cultures but also addressed that some had to be sacrificed to fit in with Star Fleet’s ‘Directives’ which were based around tolerance, acceptance, equality and peace.

It didn’t just teach us about diversity but also different personalities you will come across in life. We’ve all met a Vulcan, a Spock or a Tuvok in teaching. They are the ones who are very black and white with rules and can often find it hard to develop relationships with students. I am a firm believer that teaching isn’t black and white. In fact, the ‘power of grey’ you’ll need to harness as sometimes that’s where you’ll find some of the most challenging or vulnerable students. You’ll always have come across a Leonard “Bones” McCoy: the ever passionate medical officer who was always coming across as negative but on the inside you’d never find someone who tried harder. I could go into all the various Captains but that’s potentially for another time.

Just like society, the show evolved and changed, and like how different decades are easily distinguishable so were the Star Trek shows. I grew up with my dad watching all of them and whilst I complained about them being on, I still found myself watching them by choice.  It’s hard to decide on a favourite version of the show. I’m inclined to go with Next Generation with Patrick Stewart as Captain Jean-Luc Pikard although I did like Voyager as I had a crush on the character Seven of Nine. I just didn’t admit it for a while (I say did, I still do, just something about her and it wasn’t just the way she dressed).  Even though the show did modernise through the years, it’s principles stayed the same and I think that is the same for schools. What is meant to be a ‘model citizen’ and good moral compass hasn’t really changed much. The one thing added to the mix though is children are being exposed to the ‘adult world’ at far too young of an age. Social media and the media in general have desensitised so many things which we must educate our young people about. Some of these issues cannot become the ‘norms’ of childhood. We as educators must educate not just for subjects that will be examined, but we must also teach students about life and that is where PHSE/SMSC and Religious Studies are so important. It just seems to me many schools are sacrificing the time spent on this and swapping it for more time dedicated towards students making academic progress at all costs. We have to find the balance between the two as these young people will define the next generation of society.

PSHE education is defined by the schools’ Ofsted as a planned programme to help children and young people develop fully as individuals and as members of families and social and economic communities. Its goal is to equip young people with the knowledge, understanding, attitudes and practical skills to live healthily, safely, productively and responsibly. PHSE can be broken down into three main categories: (i) health and well-being, (ii) relationships, and (iii) living in the wider world. If you think about it, every Star Trek often addressed health issues as every ship always had their medical office who was always a heavily featured character. Relationships were the main theme of most episodes and as mentioned it was about looking at how we all ‘fit’ into such a huge universe that’s full of life, even though we are all different.

How many schools can confidently say “I’m Givin’ Her All She’s Got, Captain!” Now, I’m not saying we should just watch Star Trek but if a TV show can attempt to direct the moral compass of it’s viewers then schools should aim to do the same with their learners. There is no time to waste so we need to:

Growth Mindset: the key to achieve success in learning