Abigail Hawkins from SENDCO Solutions helps explain SEN funding and sorts the truth from the myths.

We all know schools are short of money in general, but there is particular confusion around SEN funding.

I read many times (from parents): “If your child is on the SEN register the school gets £6000 they have to spend on them, demand it!”

And equally as many times from SENCOS: “The LA expects me to spend £6000 on a child before I can apply for an EHCP.”

Money comes into schools in funding streams. Some of it can only be used for capital expenditure, in other words the building, gas bills, repairs. The vast majority of it is used to pay for teachers, admin, support staff and books/resources. None of the money is ring-fenced…in other words, the school finance team (under the direction of the Head Teacher and governing board) can decide how much they will spend in each area. Paying teaching staff is by far the largest block of money a school commits to.

This first stream of money is called Element 1. It is based on the number of children in the school on the previous academic year October Census. So, there is an 18-month lag before schools get money for children who started with them in the autumn term. This is a big problem for schools with ‘spaces’ as they are often required to take students knowing that it will be another 18 months before they see any money for them. (My school has spaces, between September and October it took in 36 students…that’s a whole additional class, but no funding for an additional teacher, support, books, anything until April the following academic year.)

Element 1 funding is roughly £4000 per child. (It’s slightly less for younger children and it varies across local authorities, no surprise there!)

Schools operate 190 teaching days of the year. And generally, ‘teach’ for 25 hours each week although a full week is considered to be 32.5 hours. They get about £3.24 per hour for a child ( to cover everything; lighting, chairs, dinner ladies, caretakers, cleaners, teachers, support, books, pens, etc.) I should add that there is an element of base funding (a guaranteed minimum) and a booster pot of money used for small schools to ensure they can deliver the minimum of what is expected.

In a special school this ‘bum-on-seat- money is funded at £10,000 per child as we know their needs are much higher (approximately £8.10 per hour).

Element 2 funding is where the confusion lies. It is often called the notional budget. Although the notional budget is sometimes called the SEN budget it has nothing to do with SEN. This tranche of funding is designed to meet the needs of children that go beyond plain old teaching (SEN or EAL). Again, it is not ringfenced to a department or to a child. Element 2 funding is calculated using a formula and every local authority uses a slightly different formula. The spreadsheet is attached below if you’d like to find it for your area.

Factors used in the formula include:

– Prior attainment (looking back at previous results for the cohort of students are they at ‘national expectations’ or is additional money needed to address the gaps?)
– EAL (not used in many local authorities, but a percentage of the number of EAL students might be used in the calculation to accommodate the need to
have translators, or to teach basic English before/alongside classroom teaching.)
– IDACI (Income Deprivation Affecting Children Index – this scale looks at factors affecting households across the country. It uses measures such as crime rates, household income and employment, health, education and skills, barriers to housing, and older populations to place areas into ranks called deciles. The most deprived areas are in the first decile. If you want to look up your postcode have a look here)
– Free School Meals (another indicator of deprivation factors and commonly used.)
– Mobility (movement of pupils mid-year)

As a local authority can write it’s own formula, it is up to them how much of each factor they take into account.

But hold on, where’s SEN?

That’s the point. SEN is not a factor in determining the element 2 funding. Why? It is considered a perverse measure. All the factors used in formula funding are sourced externally and are not based on an ‘opinion’. Since SEN is a very subjective measure the government and local authority cannot control or quality assure it. Quite simply, if it was included as a factor then savvy schools would simply ‘up’ their SEN register count in order to receive additional funding.

Once they’ve thrown all the numbers into the calculator, it will spit out a notional budget for the school. As you can see it has nothing to do with SEN, and there is no where that it dictates a value of £6000.

Where does the idea of £6000 come from? That element 2 funding is to be spent on students who need something above and beyond the normal classroom offer. The difference between a mainstream classroom being funded at £4000 and a special school classroom being funded as £10,000 is the magic £6000. Hence this idea that if a child needs an additional £6000 spending on them in a mainstream classroom in order to meet their needs, then they are receiving a special school education.

If you happen to live or teach in a wonderfully leafy suburb with high levels of employment, good health and fall into the top 10% of IDACI rankings, then your element 2 funding is likely to be very low. Let’s say the school gets £18,000. This has to meet the needs of every child who needs something more than the classroom offer. If we take the Facebook Parent who is demanding that their child receives their £6000 worth, then the school can only have 3 SEN children before there is a problem and let’s hope that there are no EAL pupils who pop up mid-year!

If you live or teach in an inner-city area with a transient population, high levels of unemployment, an ageing population and lots of EAL, then you perhaps fall into the bottom 10% of IDACI rankings and your element 2 funding we would hope is significantly higher. (It often isn’t, as those local authorities won’t be using EAL and mobility figures as they know it will increase the value!) Let’s say this school gets £36,000. Again, it has to meet the needs of everyone who needs more than a classroom offer. This time the SENCO wants to apply for EHC Assessments for 7 children in the school. Immediately, there is a problem. The school only has enough notional budget (element 2) to cover 6 applications if we believe that we have to spend £6000 on each child before applying. This is why an application can most definitely be sought even though the ‘notional budget’ has not been spent.

Element 3. This is a special pot of money that the government refers to as Top Up, but it has many local names such as GRIP, CRISP, MSG, and High Needs. It is additional funding that schools have to apply for. It is not given automatically. Again, the local authority can set the criteria. Whereas, schools used to be able to apply for the money for their highest needs’ students (such our 7th child in the school above) it is common now that the money can only be accessed with an EHC Plan. This funding then becomes ring-fenced to that individual child in whose name the application was made.

Banding. Element 3 funding is difficult to get hold of and with an ever-shrinking pot local authorities are using ‘criteria’ to define how much individuals can get.

Banding in itself is not unlawful. Local authorities can make the decision that specific needs should be met with a certain amount of funding. They are not supposed to apply a blanket policy but look at each individual application, however, the bands do allow them to make some degree of prediction around costs. As usual the language around bands varies, A/B/C, 4a/9c, medium/lower…You need to refer to your local authority to find out what their ‘banding language’ means.

The issues arise because:

Banding on an EHC Plan is unlawful. The provisions in the plan have to be specific and quantified. It has nothing to do with the money. If a child needs a provision that costs £20000 and it is written into the plan, then the local authority has to fund it. Banding would not allow this to happen. A child could be allocated band 9b (whatever that means) which is worth £21,000 today which is more than adequate to cover the provision. But what happens in September when the cost of the provision increases to £22000, or if the LA change the value of band 9b so that it is only worth £18,000? So, any mention of banding on an EHC Plan must be challenged!

Banding is subject to change. I know of a local authority that uses banding. It’s highest need band (band C) received £9000. One school involved had just secured band C funding for 5 students and employed teaching assistants on this basis at the end of the Summer term, During the Summer break the local authority sent out a letter explaining they had overspent their SEN budget and therefore they were cutting the values of the bands. Band C was dropped from £9000 to £2400. The school went into panic mode, how would they be able to keep the staff on after Christmas with less than 1/3 of the funding they had employed them on, coming in? Well, actually it was worse than that. The letter went on to say that as the autumn payments had not yet been made, it would take place effective immediately!

Needless to say, I am not a fan of banding as a ‘monetary value’ although I’m quite happy for it to be used as a way of delegating funds fairly. In a nutshell, banding is a little like using Bitcoin (or gambling with shares on the stock-market): It’s value on one day may not be the same on another and there is no warning of the change!

So, SEN funding is rather complex and not as straightforward as, “They’re SEN…they get £6000!” 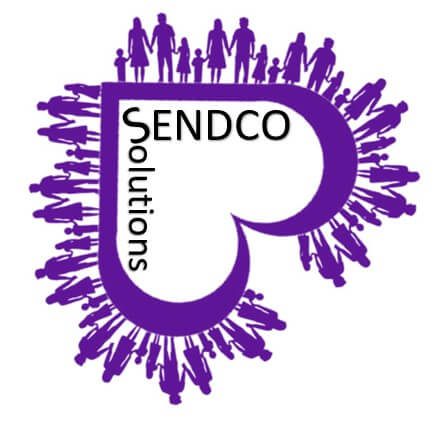 Abigail Hawkins has been a classroom teacher and SENDCO for more than 20 years. During that time she has worked in a wide variety of settings and across age ranges 2 to adult.

Whilst originally training as a science teacher, she has spent the majority of her career teaching children with poor literacy skills and special educational needs.

For more information about Abigail and SEN provision please visit her website: https://www.sencosolutions.co.uk/ 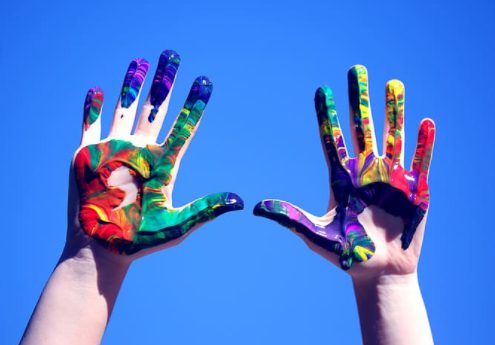 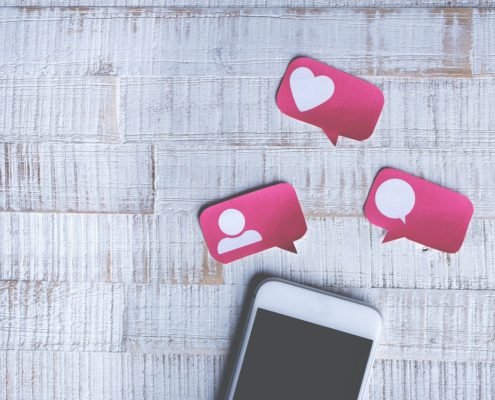 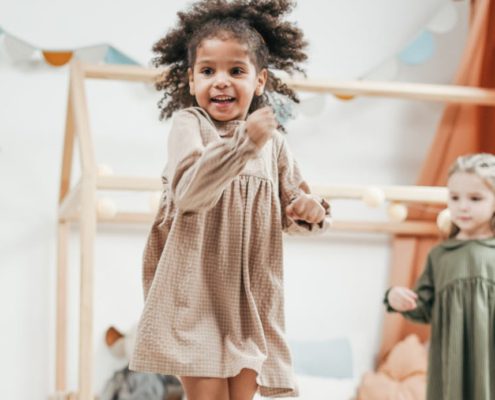 The Powers of a Notebook

What’s the Simplest Thing a School can do to Improve Every Pupil’s Mental...
Scroll to top