This is why we need to be angry and make our voices heard!

You are here: Home / NexEdblogs / NexEdBlogs / This is why we need to be angry and make our voices heard!

When Carol saw a Tweet from The Mathematical Association:

“We have a meeting with the DfE next week and want to use the opportunity to raise awareness of the problems faced by Mathematical teachers in England. What do you think is the most serious issue in mathematics education (any phase) right now and what could realistically be done?”

She couldn’t miss this opportunity to get her views about the Maths GCSEs heard. Was she getting heard?

This next blog was meant to be what the Liberal Democrats and Greens say about Education, but something happened on Sunday (20th October, 2019) that you need to know about now.  Not when I finally get answers to my emails!

After all the Brexit excitement, and yes I went on the Give People a Vote march, because I really believe it is important to make an informed decision when you vote then Sunday presented a whole new opportunity to put the case for change.

“We have a meeting with the DfE next week and want to use the opportunity to raise awareness of the problems faced by Mathematical teachers in England. What do you think is the most serious issue in mathematics education (any phase) right now and what could realistically be done?”

What an invitation! Granted, the early hours of Sunday morning was probably not the best time to Tweet, but wow! Just Wow!  I read as Primary School teachers spoke of too much content, and then I joined in with my comments that the Maths GCSE curriculum was just too full, a third more to teach, schools having to start GCSEs in year 9 rather than year 10, and this was my first reply:

“Unfortunately, they (teachers) seem pretty satisfied with the reformed GCSE and another set of reforms would be very badly received.  Teachers need a break from change.”

Really? Honestly?  I just want someone to cross out parts of the curriculum and say don’t teach that…and don’t teach that…we stuck that bit in so let’s leave it out again. Is that really so hard to do?  So I shared my real life experience of the change to GCSE Maths.

At the time of the changes, I was teaching GCSE maths in a school in Handsworth. The school was doing superb work with children with tough lives. They already did the Numeracy exam and the Head was talking about bringing in Functional Skills for the bottom bands, real life budgeting, understanding wage slips, taxes etc. With content on every phone, students need the skills to use that content. Every child needed an opportunity to succeed. And then there was Gove…the Conservative Government dictating a new exam curriculum and new exams. I was heartbroken…

When the chap from Birmingham LEA (I think) came to our Maths department to explain the changes it was heartbreaking, all the hard work that had gone on before looked as if it was going to be undone.  It was as if someone had said, lets raise the barriers to Further Education. Lets make Maths a gateway qualification, a border check to stop people progressing, particularly when life gets in the way.  Let’s give them more content to learn, and then we will test them once…at the end of two years, make or break…oh yes, it was not AS IF someone had said it…quite clearly somebody had. Somebody who had no problems getting to school, no problems being able to revise at home, no problems reaching out to find something different…no the person who thought this GCSE up had no problems at all…because everyone just seemed to have said yes. Yes we will teach it, yes we will come up with inventive ways to get round the excess content and the difficult bits…and yes students who can’t afford the remark won’t get a remark…and…oh we will lower the grade boundaries to compensate if children find it tricky…

Then I left the school, did some other work, and returned to maths to be a specialist GCSE retake tutor. Why not I thought, I always like a challenge and taught for a training provider, whose children I had taught when I was an Access Maths Tutor in FE.  Five different groups on five different days, challenging children some might say. It was such fun at first, teaching the old GCSEs I really felt that the results I got fairly reflected my children’s ability. I cannot say that after the lottery of teaching the new GCSEs.  Not even close. And as a Mum, having experienced both the old and new GCSEs with my children, I felt the stress the new system imposed. This is why I did not accept The Mathematical Association’s response. I could not. Our children are too important!

“There is more appetite than we expected for another round of curriculum change. Normally we receive numerous pleas for a period of stability!”

It turns out that lots of teachers teaching Primary Maths as well as Secondary teachers, feel that the current curriculum and exams are not fit for purpose.  My husband has been teaching top Junior maths. Where is the time for mastery? Where is the time for learning adventures? I am not a qualified expert, but I would bet that developmentally, some children just are not ready for the concept of division or fractions when they are being taught it.  When I taught one to one maths, I could take students right the way back to their primary maths, correct misconceptions, add missing bits, and then they would fly. Children are individuals, they need a teacher who has the freedom to respond to them…not one trying to get through the next bit of the curriculum before the SATS.

And as for the maths GCSE…content dictated by the A level? Just possibly…and how many GCSE students do A level? Teachers need to make their voices heard, because this is what The Maths Association finally said.

I am thinking about retiring from teaching now. To be honest, when I was in the middle of being a mum and teaching, I would never have had the time to do anything like this.  But it is soooo important! Teachers would not be leaving the profession as they are, teachers and students, to say nothing of their families, would not be as stressed as they are if the system was working…but its not working and if teachers do not say something, who will?

The curriculum is too full and there are too many exams.  Please make your voice heard!

Now….lets see if I’ve got a response from the Lib Dems, and Greens about their education policy.  I have another blog to write! 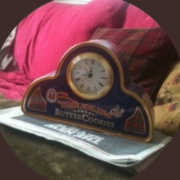 Carol’s degree was Zoology Biochemistry Jt. Hons. She came into teaching saying ‘we need to teach our children thinking skills, to concentrate more, to improve their memory’. The only thing she could find was a Man Power Services book about study skills with Kim’s Game in it! She has watched the development and discovery of how students learn and remembers with relish and uses that knowledge often. As a Mum of five, former Infant school parent governor and helper, Secondary school parent governor, FE Visiting lecturer (Carol has taught numeracy, literacy, creative writing, help your child with Maths/English, family learning, employability, SEND learners, been paid to produce resources, HAZ family learning project developer and deliverer, Access tutor, Lectured University students against plagiarism, and taught them to budget on a student loan. Taught in schools 1 to 1 Maths, GCSE English/Maths and Sciences and lastly a training provider, GCSE Maths and English retakes, and functional English and private tutor. She is also the wife of a Secondary Headteacher, who having retired, got fed up of being at home and is now a Junior School TA. Her perspective is quite broad and deep! 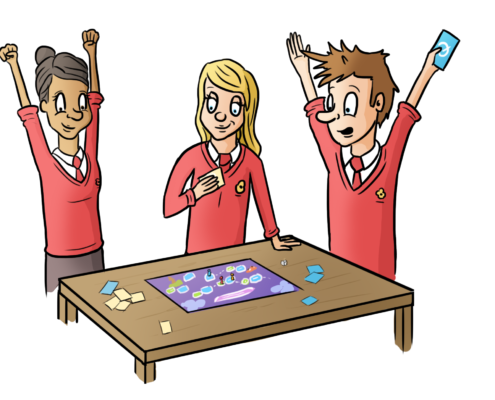 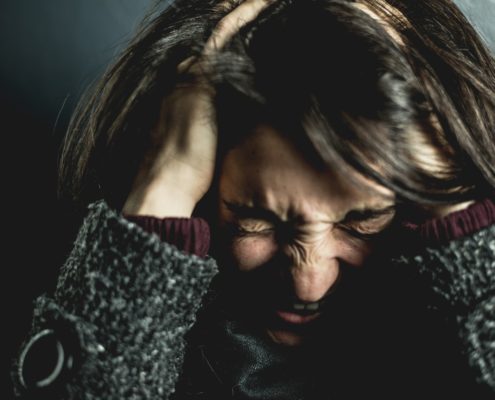 20 Years Later is Anything Greater?

My Dream Job- where is it?
Scroll to top