Why I Quit My New Job

You are here: Home / NexEdBlogs / Blogs / Why I Quit My New Job 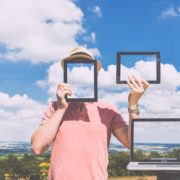 This anonymous writer is an experienced Deputy Head in an inner-London primary school who possesses an unrelenting focus on improving performance and best outcomes for all children and staff.

A few weeks ago, I started a new job as a Deputy Headteacher in an inner London school. The borough has historically been quite notorious for its behaviour issues but has more recently recovered from this reputation.

I went in hopeful, excited even. I felt that this was the right opportunity for me to consolidate my skills and experience and make me head-ready by the end of the academic year. Having completed the NPQH the year before and seeing my last school through a challenging journey from a Special Measures school to an Outstanding school within 6-terms, I genuinely believed one more tough setting would be the making of me.

I couldn’t have been more wrong!

The school has been in a bit of sticky situation. It was graded as a Good school by Ofsted a number of years ago and has been waiting for them to come back for over a year now, but it is by no means a Good school, not in my books anyway. The outcomes have been steadily declining, the capacity of teaching staff is minimal and teachers were leaving like as quickly as they were coming in.

As soon as I stepped through the doors on my first day, I was shown that although I was SLT, I had no autonomy at all. I was handed a sheet of where I would be covering for the next week and was told that although involved in Pupil Progress meetings, I wasn’t to open my mouth, just listen. This was not what I had been used to. I have always been somebody who has been encouraged to soar, but suddenly my wings were being clipped. I tried to reason with them and explain my skills and experience again (having already boasted all this during the interview process) but to no avail. The school was not in a position to change anything because of the impending Ofsted. But nothing is working? I thought. Why are you allowing children to continue failing just because of an Ofsted that may or may not even happen this year.

My conclusion was that there are clearly too many cooks and this school has had its identity sucked out of it. We have to use another school’s curriculum because they are outstanding, our teaching and learning process is dominated by the federation, we can’t buy into anything innovative because the process of getting spend approved is ridiculously complex, it just went on and on. Where is the school’s identity? It doesn’t even have consistent values for children to embed in their learning because clarity of the vision is non-existent.

The worst part was when I spoke to the children. Every child I spoke to did not like coming to school. This for me is incredibly worrying considering that this is a borough with high levels of deprivation and for a lot of children, school is a respite from home. The environment is bland, the paint is peeling off the walls, the love was not there because it was not a nice place to be in.

I thought that maybe, just maybe, if I give it time and prove myself a little, perhaps I could be trusted enough to help lead the school out of the hole that had been dug for it. The last straw for me was when I went in for my scheduled coaching session with the head and I was given a task sheet. This was not how you conduct a 121 and this most certainly was not a coaching session. I gained no sense of development from that and at that point I thought ‘no’. I completed the long list I was given during a morning and even though it was a week worth of tasks, I wanted to show that I could do more. Instead, I was handed more covering class roles. I had gone from a high-functioning, very effective leader to a glorified supply teacher.

I gave the school a chance but too much happened and I was not enjoying my role anymore. So I decided to be brave and told them that the school and I just did not fit. It wasn’t the right school for me. I advised them that the school would benefit from investing in the children and making their experiences exciting and adventurous. This would be a step to embed positive learning behaviours which just were not there. I also advised them to start valuing staff and supporting them to increase their capacity rather than just giving up on them and churning them out. I do hope the school does well but there is a lot of work that needs to be done and it won’t get done unless they release the reigns a little.

What I did learn was how not run a school. I say this because as leaders, we often work at such a fast pace we sometimes forget to reflect and get used to a way of working. Reflection is key for all those in education and we must always try and step outside of our circle to watch ourselves and the ways in which we interact with others. Our perspective must remain objective and although this is a challenge in itself sometimes (being human), it is necessary for your path if you aspire to become one of the ‘greats’.

I’m not one for excuses. I have worked in failing schools and turned them around because of my vision of providing life-changing opportunities to children; because of my high expectations where there is no cap; because of my firm belief in involving and supporting the whole school community. Outcomes occur as a consequence but if you try and fight for them the wrong way around, you will create nothing more than a factory of dullness. A school needs vibrancy and diversity. Successes should be constantly celebrated and effort should be praised. Create your leaders by empowering them and giving them opportunities to succeed. Do not hand them lists of task, encourage them to create their own lists. This is how you will gain their trust and this is how they take ownership for their schools to succeed.

Needless to say, I moved on…