Why We Should Stop Worrying about Exams

You are here: Home / NexEdBlogs / Blogs / Why We Should Stop Worrying about Exams

Imagine you wake up one morning with a sharp pain in your side. It doesn’t go away after breakfast, and the pills you take at lunch aren’t helping. Guess it’s time to see a doctor!

If you could pick medical professionals from a catalogue, which would you rather have: a doctor who scored poorly on med school exams but has helped hundreds of people, or a doctor who aced their exams but hasn’t seen a single patient?

In the real world, nobody cares about exams, grades, or any of that nonsense. We want people who have practiced and improved their craft, and the only way to measure that is through action. 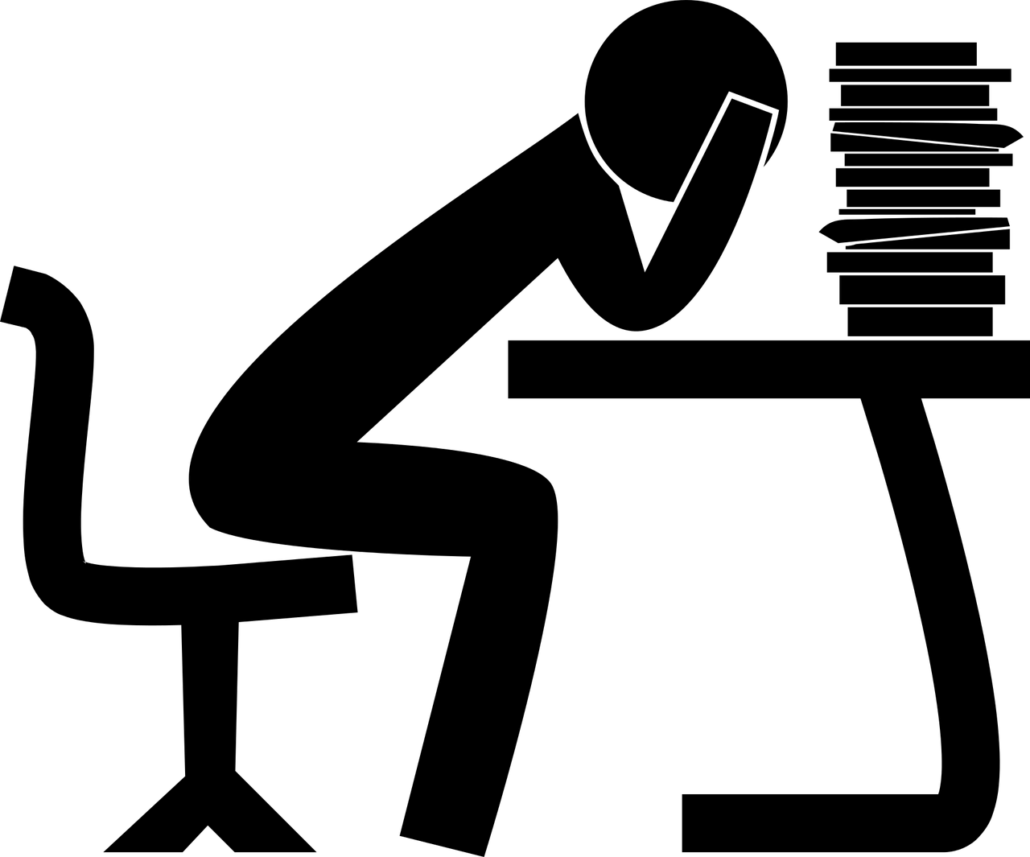 Exams are supposed to be an indicator of a student’s mastery over a body of knowledge. If  you know the topic, you get a good score. If you don’t, well, you’re a failure, or you didn’t apply yourself or work hard enough.

This idea is complete rubbish.

To pass an exam, you simply memorize information and repeat it back on command. Different types of exams do this with varying degrees of interaction, from written essays to multiple choice tests. Some exams do inspire a bit of thought, yet the way they’re structured as a class capstone still encourages students to focus on test scores instead of learning, promoting an unhealthy fear of failure.

The only thing an exam score is an indicator of is your ability to regurgitate data. It says nothing about your ability to put that information into practice in the real world.

If you flunk your foreign language tests but can carry on a conversation with native speakers, what purpose did the tests serve? According to the school you failed, but according to the tourists you gave directions to in their native tongue, you’re quite competent.

Exams and grades have no connection to our real-world abilities. Focusing on getting high marks just takes attention away from what really matters: building and improving on skills we need to succeed.

Back when I was a student, a ceramics professor neatly demonstrated to me why worrying about grades and test scores is nothing but a distraction.

His emphasis was always on the practical application of ceramics. The class was about making bowls, plates, cups, and mugs; things that want to be used in day-to-day life. Yes, it was great when they’re pretty, but we tried not to get lost in abstraction. We stood there and made something you can drink out of.

This professor said he would be thrilled if each of us built 100 mugs a day. Maybe only one of them would be worth keeping, but that wasn’t the point. Focusing on the goal would mean adopting a harmful achievement-oriented mindset. Instead, we put our attention on the process. We tried to enjoy making each of those 100 mugs, and learn from each flopped attempt, too.

We didn’t have exams in that class. Sure, the professor could have tested us on technique, clay mixing recipes, glaze temperatures, and the like, but to what end? He just wanted us to make things. If we had studied for a test and worried over the outcome, it would have taken both time and attention away from what mattered.

Outside of school, nobody has ever asked me what score I got on an exam. A lot of people do ask about the rust and cobalt glazed bowl I have sitting on my desk, though. I made it in that class almost 20 years ago.

As soon as you bring up the idea that exams are pointless, people fire back counter-arguments. The most common one is that without exams, we’d have no way of testing knowledge.

I have a pretty simple response to that: how on Earth do you think that’s true?!

Graded exams do not occur in the natural world. A whale does not need to pass a test to learn how to surface for air, and a lion doesn’t need a B+ before it’s allowed to join a hunt.

How do these animals pick up skills? By learning from experienced members of their community. They aren’t concerned about missteps in their learning process, nor do they get distracted by a hunting exam at the end of the season. They simply practice, fail, and improve.

The knowledge we pass to other people is more complex than gazelle capturing methods. The principles behind teaching and learning are exactly the same, however, and they have been throughout our own history.

How can you prove you’ve learned something unless you take an exam? A philosophy professor I know solved this problem in the most straightforward way: he replaced exams with one-on-one conversations.

Many students saw this as an oral exam in disguise. I took the opportunity to relax and focus on understanding the material, which was all I wanted in the first place. Put those same students in a room together today and most will talk about how stressful that class was. I remember good lectures, good readings, and a whole lot of useful philosophy.

I asked this professor once why he chose to have discussions when grading tests would have been less time-consuming. He had a simple response:

“I want to know how well students actually understand the knowledge. I can’t think of a better way to do that than by talking to them.”

Your life isn’t over if you fail an exam. On the contrary, it might be a wake-up call to show you how pointless exams are, so you can get to work actually learning something useful, something you enjoy, something you can benefit from in your daily life.

If you want to learn how to code, pick up the basics and build a program, then scale upwards and outwards from there. Why would anyone care what grade you got in coding classes if you can make something useful in the real world?

Think back on any tests you’ve taken in the past. How much do you remember from those pages? Probably very little. Now think back to any skill you’ve picked up, even something as small as being able to throw a baseball. You remember a lot more about that process, don’t you?

If you’re nervous about an exam, even an exam you think you need in order to get into a certain career, try not to worry about it. Seriously, don’t. Your goal is to get better at some skill or some body of knowledge, and tests are a poor indicator of ability.

Forget about test scores, and forget about grades. It’s time to focus on what’s real and useful in your life: practical skills. Follow what interests you and don’t let something as pointless as an exam get you down. 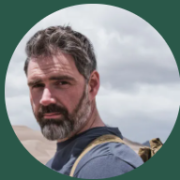 John has worked as a professional writer and author for nearly two decades. He writes philosophy content at Universal Owl and edits both psychology and finance articles.

John’s main areas of interest include sci-fi, philosophy, technology and history. When he isn’t writing, he’s either exploring quiet corners of the natural world. 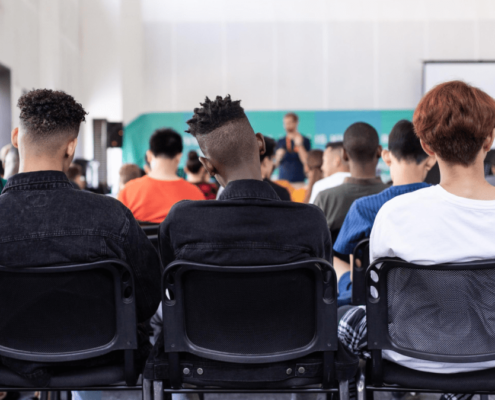 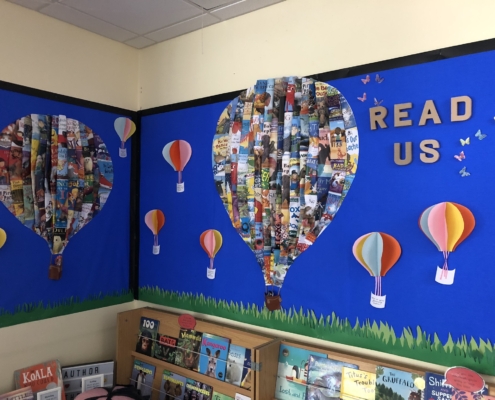 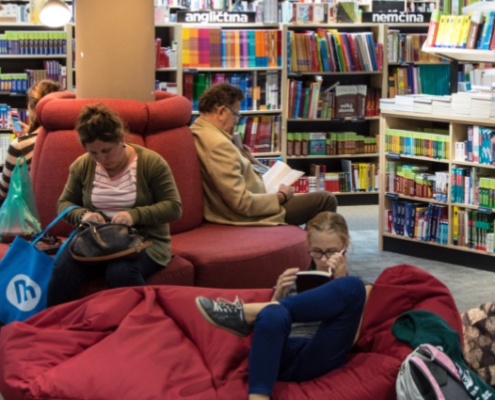